READ: Fashionopolis: The Price of Fast Fashion and the Future of Clothes by Dana Thomas 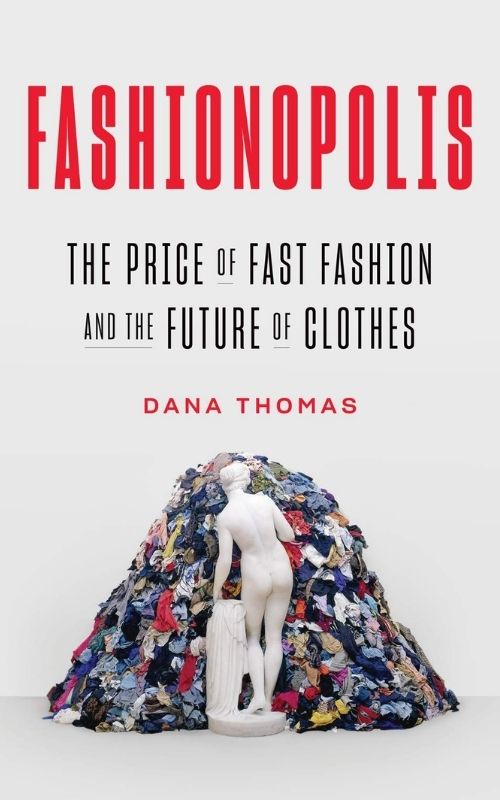 What should I wear? It’s one of the fundamental questions we ask ourselves every day. More than ever, we are told it should be something new. Today, the clothing industry churns out 80 billion garments a year and employs every sixth person on Earth. Historically, the apparel trade has exploited labor, the environment, and intellectual property—and in the last three decades, with the simultaneous unfurling of fast fashion, globalization, and the tech revolution, those abuses have multiplied exponentially, primarily out of view. We are in dire need of an entirely new human-scale model. Bestselling journalist Dana Thomas has traveled the globe to discover the visionary designers and companies who are propelling the industry toward that more positive future by reclaiming traditional craft and launching cutting-edge sustainable technologies to produce better fashion.

In Fashionopolis, Thomas sees renewal in a host of developments, including printing 3-D clothes, clean denim processing, smart manufacturing, hyperlocalism, fabric recycling—even lab-grown materials. From small-town makers and Silicon Valley whizzes to such household names as Stella McCartney, Levi’s, and Rent the Runway, Thomas highlights the companies big and small that are leading the crusade.

Get it here or at your local library!

WATCH: Queercore: How to Punk a Revolution

Started in the 1980s as a fabricated movement intended to punk the punk scene, Queercore quickly became a real-life cultural community of LGBTQ music and movie-making revolutionaries. This documentary, both entertaining and inspirational, tracks the start of the pseudo-movement to the widespread rise of pop artists who used queer identity to push back against gay assimilation and homophobic punk culture.

Watch on Tubi or Amazon

Drift away in the psych-rock sounds of Goat Girl’s second full length album. On All Fours came out in January under Rough Trade Records and more recently a remix collection of their most popular song, Sad Cowboy was put out. Check out the music video for the song above!

The 4 piece post-punk band from South London got their start in the DIY scene, experimenting with their sound. Being teens when they started out, they have now grown into themselves and together, and it reflects in their new music. On All Fours is a hypnotizing collection of songs marking the band’s evolution.