CHOPOVA LOWENA is a young London based brand started by Emma Chopova and Laura Lowena. The pair met while studying at Central Saint Martins, then went on to complete the MA course at CSM as a duo. While on the MA, the duo developed their signature piece, the recycled folkloric textile skirt, which hangs off of a leather belt with carabiner clips. This design was picked up by Matchesfashion.com in 2018 and developed as a capsule collection. The pair continued to build on their use of recycled and deadstock fabrics, utilization of traditional techniques and their sustainable approach. The juxtaposition of folkloric references and sportswear modernize their use of traditional textiles and elevate them into modern pieces with a punk twist. The brand’s full womenswear collection can be found in retailers such as Dover Street Market, Matchesfashion.com, Browns and 10 Corso Como, among others.

Priya Ahluwalia graduated with a Masters in Menswear from the University of Westminster in 2018. Gaining industry-wide recognition following her debut SS19 collection and book, Sweet Lassi, Ahluwalia has since become one of the most anticipated collections at London Fashion Week: Men’s, showing on-schedule as part of the British Fashion Council’s NEWGEN.

Through her namesake brand, “AHLUWALIA”, Priya takes elements from her dual Indian-Nigerian heritage and London roots and lifestyle and explores the life of vintage and dead-stock materials, using textile techniques to give them a new life. A celebration of craftsmanship, Ahluwalia works with factories that applaud artisanal work and foster safe, fair and well-trained environments including Sewa Delhi, an embroidery social enterprise that works with rural women, and positions them into fairly paid and flexible employment.
Her often nostalgic collections look to community and history; for AW20, Ahluwalia looked deep into to the year 1965, the birth year of her step-dad. Sarah Mower commented, “It’s amazing to see designers like Ahluwalia, growing up in a time when streetwear is the norm, who are now lifting it to a higher design plane, bringing new cultural energies to fashion, and sewing positive change into everything they do.”

Sindiso Khumalo is a sustainable textile designer based in Cape Town, South Africa. She founded her eponymous label in 2015 with a passion for modern and sustainable clothing with an emphasis on African history. She studied architecture at the University of Cape Town before moving to London, where she worked for architect David Adjaye. She then went on to do a Masters in textiles futures at Central St Martins.

Inspired by her mother who was an activist, Sindiso has been motivated to bring values of social equality and female empowerment into her brand. With textiles and craft at the heart of her collections, she works closely with NGOs and small workshops in South Africa and Burkina Faso producing unique handwoven and hand embroidered textiles for her collections.

Khumalo has also spoken on sustainability at the United Nations and the European Development Forum. Her interests lie in the representations of black women from the turn of the 20th century and up to the 1980s, with a focus on portraiture during that period. Each garment thus tells a story about Africa and Women Empowerment. She has recently collaborated with brands such as IKEA and Vodacom and has had her work presented at the Louisana Museum of Modern Art in Denmark, the Smithsonian National Museum of African Art in Washington, and at the Zeitz Mocaa Museum in Cape Town.

Koizumi’s interest in fashion began from watching his fashion-loving mother in his childhood.His encounter with the book “John Galliano for Dior” in his early teen was a very eye-opening event and made him decide to become a fashion designer.
His own brand “Tomo Koizumi” was successfully launched in 2011, after a boutique owner became interested and picked one of his dresses – which he created while he was a university student. He started as a stylist and costume artist assistant, before moving on to his next career step, becoming a costume designer.

In February 2019, his very first runway show took place in New York with the support of the world-famous Katie Grand, Marc Jacobs, and KCD Public Relations, Inc. Two of his pieces were exhibited at the MET museum. The museum bought one of his works for its permanent collection.
In 2019, he was selected as part of BoF500 by the BoF.
Bright colors and bold silhouettes are the signature of his made-to-order collections and costumes, that international celebrities and artists love.

Designer Supriya Lele is a young creative lauded by British Vogue as proposing ‘an excellent wardrobe for modern Britain.’ With a unique intersectional and decidedly female viewpoint, Lele creates by telling a nuanced and delicate story.

Her first standalone runway show in September 2019 lit up the London schedule; the months following have seen the label become one of the most talked about, relevant creative entities in the industry. Lele’s first campaign, shot by Jamie Hawkesworth, was released in September – with a follow-up campaign by Hawkesworth due to be unveiled in February 2020.
Lele graduated from the Royal College of Art in July 2016. After showcasing under the Fashion East scheme for three seasons, Supriya was awarded full NEWGEN sponsorship from the British Fashion Council.
Supriya Lele’s work is deeply rooted in her own cross-cultural point of view, associating her Indian heritage and British cultural identity alongside her passion for minimalism in design. Lele explores the materiality of her culture employing a deliberately lo-fi and subversive approach to textiles, cut and fabrication, elevating these visual codes through a sense of ‘new luxury.’

Charaf Tajer is a Parisian born fashion designer, of Moroccan descent. He is a self-taught creative director and designer, having started and collaborated with brands from a young age. This ranges from the French creative collective Pain Au ChoKolat, to renowned streetwear brand Pigalle, a collection with Off White and consulting to Supreme. Applying an entrepreneur approach to reaching his passions, Charaf started his own creative agency, in tandem with being the Art Director of Paris’ iconic venue Le Pompon.

Through these experiences Charaf started his life-long dream fashion brand CASABLANCA in 2018: a menswear brand that combines elegance and comfort and is inspired by nature meeting architecture. Charaf deeply believes in idealism: “I want to spread beauty and self-confidence, to express what’s beautiful in the world and about the world, and in all of us. My wish is for CASABLANCA to join the legacy of French luxury brands and to signal a new wave of classic brands.”

Nicholas Daley graduated from Central Saint Martins in 2013 and launched his eponymous label in 2015. Since the brand’s genesis, Nicholas has continually explored his dual-ethnic heritage, being of Jamaican and Scottish descent: he widely questions and reflects on the notion of multiculturalism within the British identity. Placing great significance on craftsmanship with his production within the UK and Japan, Nicholas works with recognized artisans creating bespoke textiles and fabric finishes for every collection.

For the last six seasons Nicholas has been supported by The British Fashion Council’s Newgen designer program showcasing his collections during London Fashion Week Men’s. He was also the recipient of the 2019 International Woolmark Prize Semi-Final Award, presenting a custom collection entitled ‘Reggae Klub’. He has collaborated with iconic brands such as Adidas and Fred Perry, pursuing his creative narrative into new areas of the fashion market. Nicholas is stocked within notable stores such as International Gallery Beams, Browns, Mr Porter, SSENSE and Dover Street Market.

Born in Vietnam Peter Do lives and creates in New York City. He won the inaugural 2014 LVMH Graduate Prize and launched his eponymous label in 2018.

Peter Do was built on the internet and founded on tailoring and craftmanship with a “Made in NYC” initiative to support local crafts. Peter Do only produces to order, and reuses most of its fabrics season after season to prevent any wasted yardage.
“We are five friends who met on the Internet. We are each so different and inspire each other every day. We are always learning from each other, and that conversation is something that translates to the collections. We want to establish a community that is based on kindness and negate some less-than-desirable connotations that the fashion industry had previously held. We want to create a true fashion house in New York, complete with an in-house atelier. We want to show that youth, kindness, and luxury are not mutually exclusive.”
Peter Do is a uniform for the modern woman, founded on tailoring, construction, and fine textiles. “Every detail is considered. We are clean, but not minimal” the collective behind the brand states.

The winner of the LVMH Prize for Young Fashion Designers receives €300,000 and benefits from a one-year bespoke mentorship program provided by a dedicated LVMH team with expertise in a wide range of fields, including intellectual property, sourcing, production and distribution, image and communication, marketing, and sustainable development.

The Karl Lagerfeld Prize rewards a young designer with €150,000 and a one-year mentorship program. In addition, the Prize distinguishes three young fashion-school graduates who completed their studies in 2019/2020 by allocating them, as well as their school, a €10,000 grant. The prize-winning graduates join the creative studio of an LVMH Group Maison for one year. 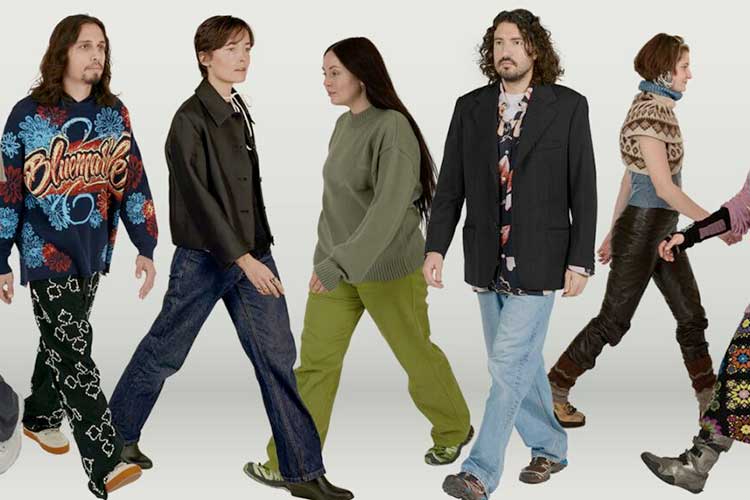 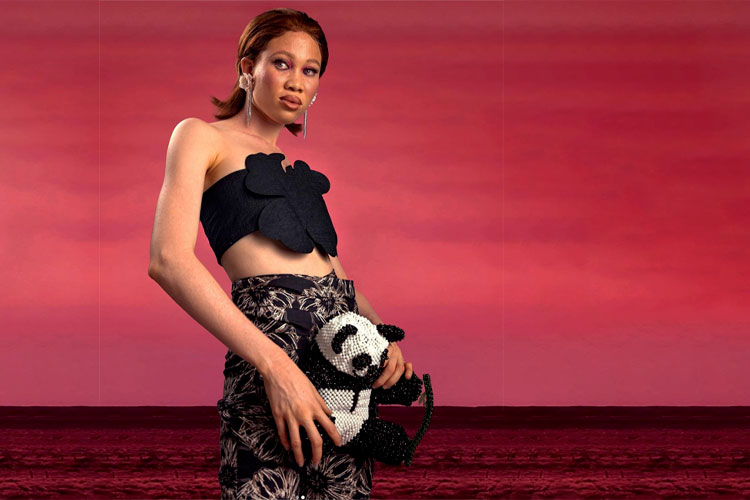 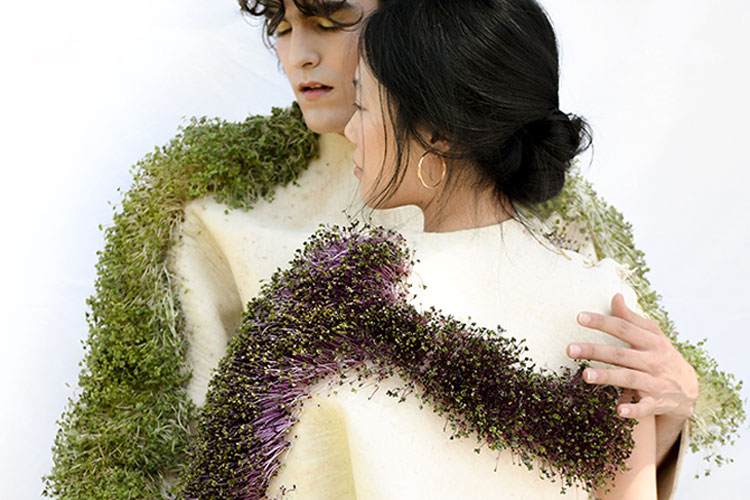 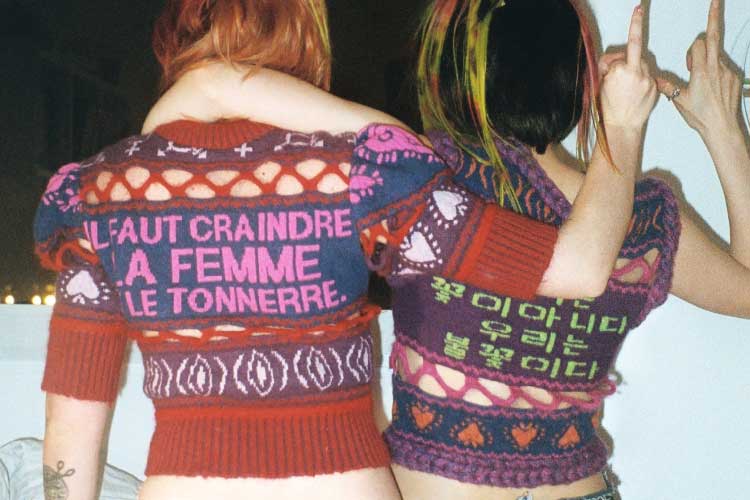 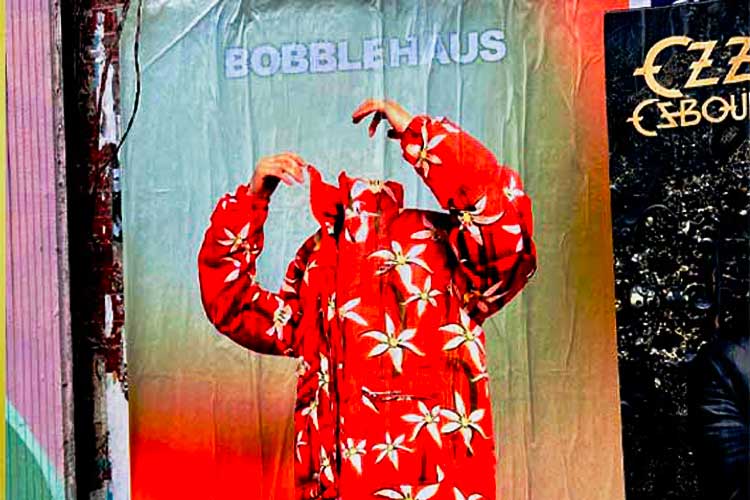