It’s that time of year again. When flowers are bursting, students are graduating (even if final fashion collections are on Zoom) and LVMH announces the contenders for their highly coveted LVMH Prize.

So what is the LVMH Prize, exactly?

Fun fact: there are two actually. One for young fashion designers under 40 with more than 2 collections (this one) and one for young fashion school students who have graduated in 2020 or will graduate in 2021. (Applications until May 15th!) But the second one is known as the Graduates Prize

But it’s the first one people generally mean when they talk about the LVMH PRIZE. The chosen winner will be awarded €300,000 ($350,000) and a year of personalized mentorship –including in sustainable development– from industry leaders within the LVMH group. Additionally, there is a special Karl Lagerfeld prize, which will receive €150,000 ($175,000) and a year of mentorship. So no small thing!

Last year’s money was split evenly amongst all the finalists. This year will go back to winners take all. Also this year for the first time there are nine finalists –with one of them having been voted in by “regular” people. LVMH is keeping silent about which one of the 9 is the People’s Choice contender which makes it a fun game to guess!

And just like in middle school when everyone got a red ribbon simply for participating, all nine are already winners. 24S, the LVMH-owned retailer, will be working with a select group on a capsule collection, and Ssense plans to partner with some of the designers on exclusive pieces.

Who are this year’s finalists? Let us introduce you.

We noted: a zero waste approach to her process and use of ISKO’s sustainable-certified denim

Drawing from touchstones on either side of her British and West Indian background, Saunders addresses the tension between tradition and evolution in designs that reference classic streetwear and avant-garde couture in equal measure, at times within the same piece.

This refreshingly self-assured sense of ambition establishes Bianca Saunders as a label unafraid to explore the malleability of streetwear-informed fashion, resulting in collections that effectively reveal the vulnerability that underlies straight-faced menswear.

Nationality: French. |. Lives in: Paris, France
Education: La Chambre Syndicale de la Couture Parisienne
Props: at 24 has been tapped to be the Creative Director of Rochas

We noted: while he does beautiful couture work we would love to see someone doing couture use more environmentally friendly materials than polyester and wonder why someone who is the creative director of a major fashion house needs the resources –including mentorship– this award provides.

Charles has always had a passion for fashion. From the age of 10, he was making dresses for his youngest sister, creating garments that adorned bouquets of flowers. As a rule, his prototypes are made in a very instinctive and spontaneous way. When he has an idea, the piece can be made in one go, overnight. His favourite techniques are painting on fabric, patchwork and printing. His jackets are made of hand-printed waterproof polyester and include four layers of padding. The volume of the jackets is created by meticulous stitch work that gives relief to the pattern. The jackets are entirely made in a workshop in Paris.

Nationality: American. | Lives in: NYC
Education: Savannah College of Art and Design
Props: Winner of the CFDA/Vogue Fashion Fund, winner of CFDA American Emerging Designer of the Year. A small army of strong Black women have worn his pieces including: Cardi B, Rihanna, Tracess Ellis Ross, Lizzo and Michelle Obama.

We noted: The potential to be the “next great American designer” on the level of Michael Kors or Marc Jacobs but we hope with the more conscious mindset of today.

Christopher, a 27-year-old from Baton Rouge, LA, has always been a lover of the arts. He launched his namesake label, Christopher John Rogers, in 2016 upon graduation from the savannah college of art and design. The brand was created with the intention of providing emotional and sensitive clothing, directed towards a client with a strong sense of self. Today Christopher John Rogers has garnered international interest from media, as well as stockists including Net-a-porter and Saks fifth avenue.

We noted: a love of Americana and an appreciation for craft.

His design process is fuelled by memories of childhood, inspired by the girls and women he grew up with. The work takes on the purpose of telling their stories. The pursuit always relates to a new americana; an expansion of what it comes to represent. Nostalgia is portrayed in an almost literal sense through the use of vintage garments as raw material. There is a feeling of responsibility to elevate the identity of re-generated items; shaking away the connotation of craft as something non-desirable.

We noted: KidSuper is the dark horse of this group. Maybe he’s the “People’s Choice” entrant? (full disclosure: he got our vote). He is the opposite of Charles de Vilmorin in terms of training and is more interested in cultivating a creative community than fashion with a capital F.
We really like the project with local wool he worked on with Katya Ekiminian from Parsons.

Colm Dillane was born in New York City. He is the multimedia artist and entertainer behind KidSuper, a hybrid art brand with a storefront and studio in Brooklyn. Dillane started by selling t-shirts in his high school cafeteria then later went on to showcase his collection in paris fashion week. Dillane graduated with a degree in mathematics from New York University and played professional soccer in brazil for a year, between high school and college. He has directed award winning short films, music videos and sold-out solo art fashion shows. A wide range of life experiences fuelled Colm’s super hero imagination and need to create his own world through art and design. Kidsuper’s mission is to remind people that anything is possible.

As a brand, we strongly believe in localism, supporting our community and giving back through education. Thanks to the pandemic, we have been able to look closer into our own resources and shift the way we produce. Today, we work, source, manufacture, and produce 100% locally in Colombia. I take great pride in being able to grow our team, whom we consider family, and offer more than 70 women (who are heads of family) the opportunity to not only to work but enhance their craftsmanship.

Romantic silhouettes, striking patterns, hand-drawn prints and luxurious fabrics define Kika Vargas’s poetic vision. The Bogotá-born designer honed her craft working at Missoni. Now forging her own path with her namesake label, Vargas constructs riveting ready-to-wear creations heavily influenced by her upbringing around art and architectural forms. With eccentric proportions, lively volumes, and unique layering techniques that speak to a romanticism fit for the contemporary era, each garment is designed with everyday wearability in mind. Movement and ease are the driving forces behind her silhouettes that still incorporate intricacies and high-end quality and excellence.

We noted: A focus on collaboration + slow design

With a profound interest in considered and sincere design, the spirit of collaboration yields the LUKHANYO MDINGI label in creating meticulously made pieces. The intention is to ensure a pragmatic and mindful approach to product development; looking into human ingenuity as the provenance in creating design that is honest, steady and strong.

By collaborating with artisans and communities the aim is to build a bridge by bringing their heritage to timeless premium pieces while providing a platform to support, through continuous work and awareness.

We noted: If you like sheer tops and lingerie for everyday ala the ‘90s this is for you.

Nensi Dojaka, 27, is an Albanian womenswear designer living and working in London. With a background in both contour and womenswear studies, Dojaka graduated from Central Saint Martins ma womenswear program in 2019. After showcasing the MA collection as part of the university’s LFW show, she garnered significant attention from the industry, resulting in a capsule collection with Ssense immediately after graduating.

We noted: THIS QUOTE
For me, fashion is the same thing as architecture or installation art, it shows the space in between your skin or the “gap” between humans.

Rui Zhou was born in a small city in the middle of china surrounded by mountains and trees. This environment influenced her interest in zen buddhism and the wabi-sabi japanese aesthetic. A desire for security and protection blended with courage creates a tension that runs through her work.

Rui appreciates asymmetry, irregularity, and imperfection. She sees a garment as a second layer of skin and the space between skin and fabric, body and garment, shows “the power of fragility”.

So those are the finalists…what do you think? 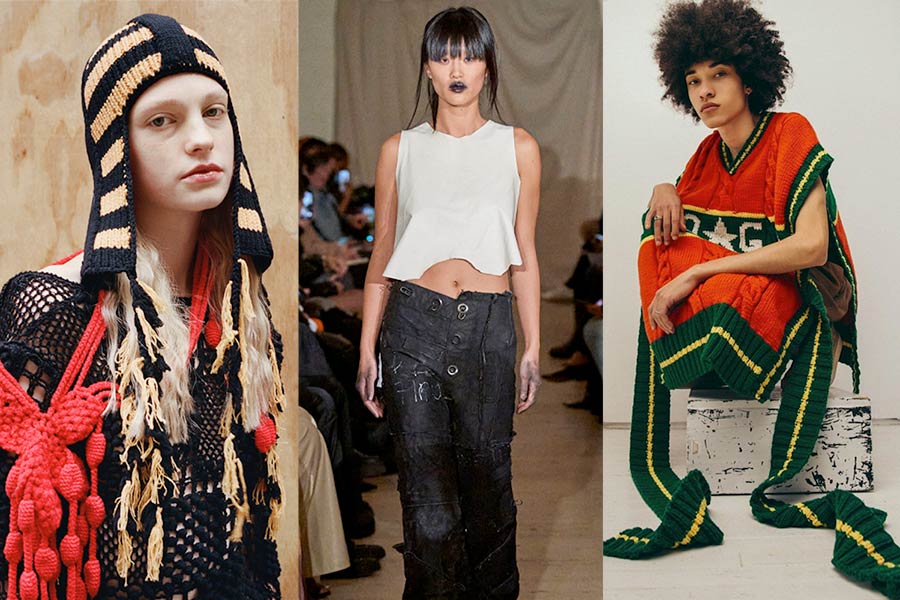 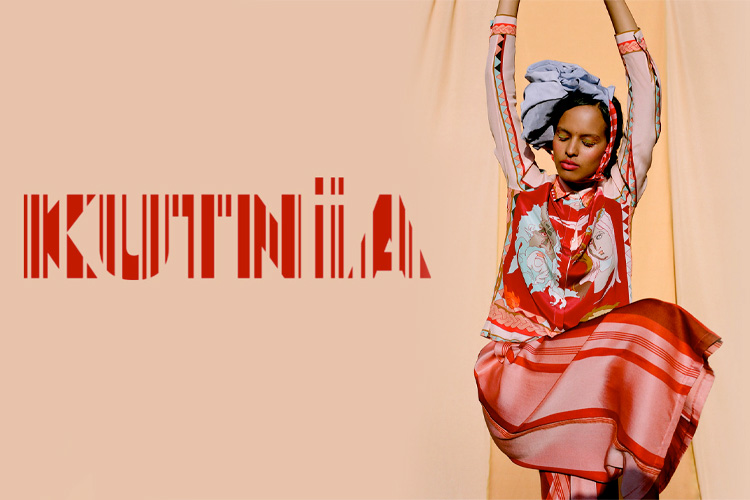 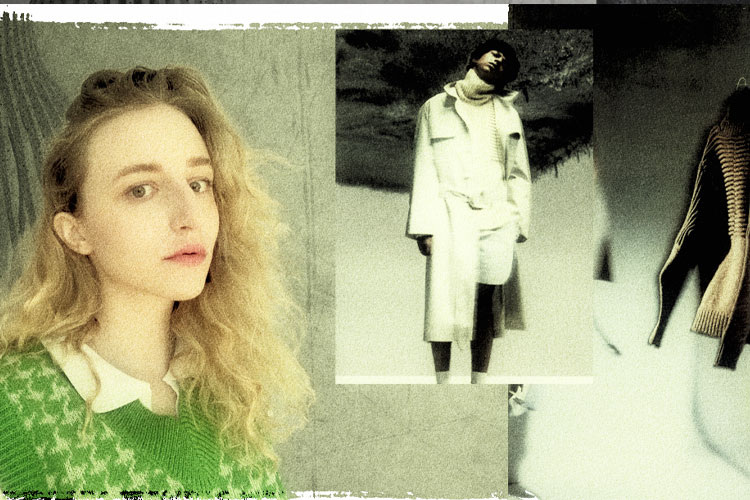 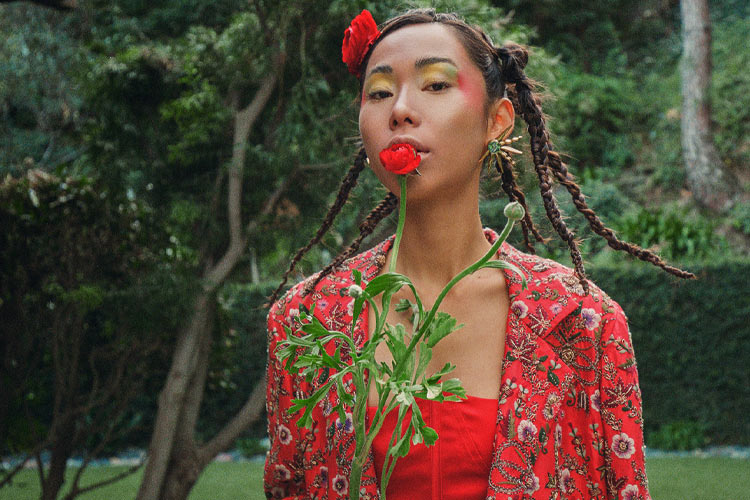 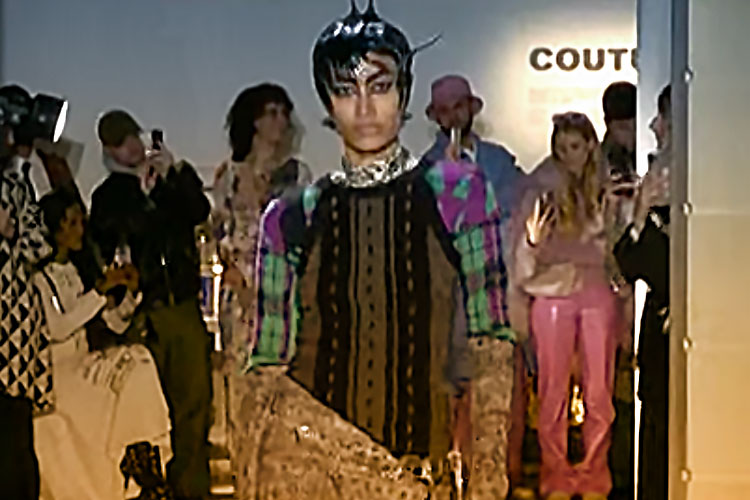 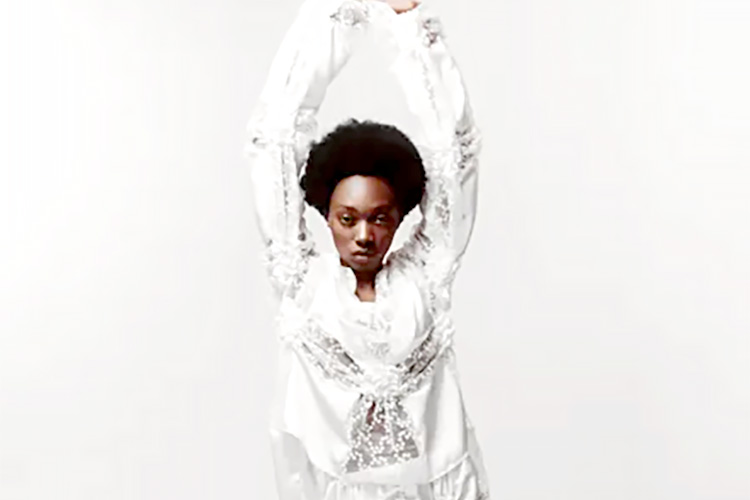 Sometimes we just want to see RED. Love this photo