“You must never underestimate the power of the eyebrow” – Jack Black

Jack Black is right. Eyebrows, like fashion, are a form of self-expression. And like fashion, they tend to cycle through trends. We’ve dug deep in the archives and pulled together the most notable brows in history and Hollywood as sources of interest and inspiration. Note – eyebrows, like everything else on the planet, are a finite resource – so tweeze responsibly!

From kohl to indigo, our ancestors seem to share NKM’s penchant for natural, eco-friendly beauty products.

The Ancient Egyptians believed that makeup offered protection from evil spirits and that lining one’s eyes with kohl was a way of paying homage to the gods. Heavily made-up eyes called for bold brows to match, and both men and women used carbon and black oxide substances to paint them on. Cleopatra may be famous for her nose, but it turns out she was also the OG of fierce brows.

Ancient European civilizations also used kohl as makeup, but in a different way. In both Greece and Rome, the unibrow was considered a sign of beauty and wisdom, and women would use the charcoal-like pencil to create the look. Some went so far as to glue goat hair between their arches. (That sounds gross, yes—but they’d probably say the same about our plucking there today!)

Eyebrow trends in China’s Tang dynasty (circa 800 AD) were almost as fleeting as fast fashion trends are now. Women would paint on eyebrows in dozens of different ways—long, short, thin, thick, wavy, etc. A personal favorite is when they would shave their brows off entirely and then redraw them in qinglai—a bluish hue made from indigo plants. They adorned the space between the eyebrows with flecks of gold, silver and emerald feather. I don’t know what emerald feather is but I want it.

No eyebrow history piece would be complete without a shout-out to Frida Kahlo. The Mexican painter’s iconic unibrow is almost as famous as the art she created throughout the 20th century. Her work is noted for its autobiographical and activist elements, and some have argued she used her face as another canvas. Georgia Simmons writes that “the shock of dark hair on her brow is a statement rejecting stereotypes about what is and isn’t attractive.”

With the advent of photography and then film, by the beginning of the twentieth century, women’s faces were in the spotlight as never before. And what would a face be without eyebrows to frame it? Here’s a look at the most notable trends in Hollywood over the past 100 years.

The Roaring Twenties marked the first time commercially made cosmetics were available to the mass public, and women used them to mimic silent film stars like Clara Bow, Josephine Baker, and Marlene Deitrich. The favorite style in this era consisted of severe plucking, followed by drawing in pencil thin curves that extended beyond the outer lid of the eyes.

Hollywood screen sirens remained the arbiters of taste as we crossed into the 1930s. A new crop of movie stars like Greta Garbo and Jean Harlow embraced the pencil thin look, but they tweaked their tweezing practices by adding in pronounced arches to amp up the drama.

By the 1940s, women were growing tired of the sparse, severe look. Icons of the day, including Grace Kelly and Lauren Bacall, remained loyal to the arch, but switched things up by letting their brows grow in fully for a softer, more natural look.

In the 1950s, idols like Marilyn Monroe and Elizabeth Taylor led the full transition back to bold brows. Full makeup was de rigeuer. “Putting on one’s face” was the practice of the day, and its crowning glory was a strong, high-arched brow.

The rise of the counterculture in the 1960s affected the world’s eyebrows along with everything else. Experimentalism was in vogue – Sophie Loren famously played with shaving off her brows entirely, only to re-pencil them in with a short stroke technique that achieved a bold, seemingly natural look that was actually anything but.

The 1970s saw a return in full force to the au naturel aesthetic, driven by the lingering impact of the hippies. Diana Ross and Lauren Hutton were amongst the first to ditch the tweezers, and they looked so good it was impossible not to follow suit.

The 80s were all about excess, in eyebrows along with the rest. We love the more is more mentality embodied in the bushy brows of Brooke Shields, Janet Jackson and Madonna. (Brooke remains our eyebrow crush to this day.)

One trend from the 1990s that’s mercifully not yet been revived is the over-plucked eyebrows of stars like Drew Barrymore, Pamela Anderson, and Gwen Stefani. Those gals look good no matter what, but the less-is-more style wasn’t doing them any favors.

In the twenty-first century, anything goes. Today you see bleached brows, micro bladed brows, feathered brows—you name it. Still, the dominant trend seems to be the return of the power brow, with the likes of Cara Delavigne and Zendaya flying high. These are some sketchy attempts to usurp the bold brow’s reign – luckily, none of them have significantly caught on.

An Eco-Friendly Zero Waste Eyeshadow to Love
Cruelty Free Beauty: What it is and Why it Matters
Vegan and Cruelty Free Hair Dye that Works 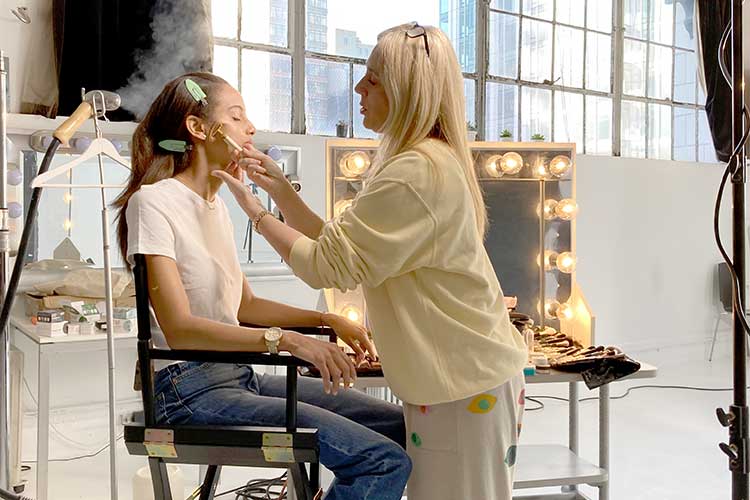 One to Watch: Vegan Make Up Artist Campbell Ritchie 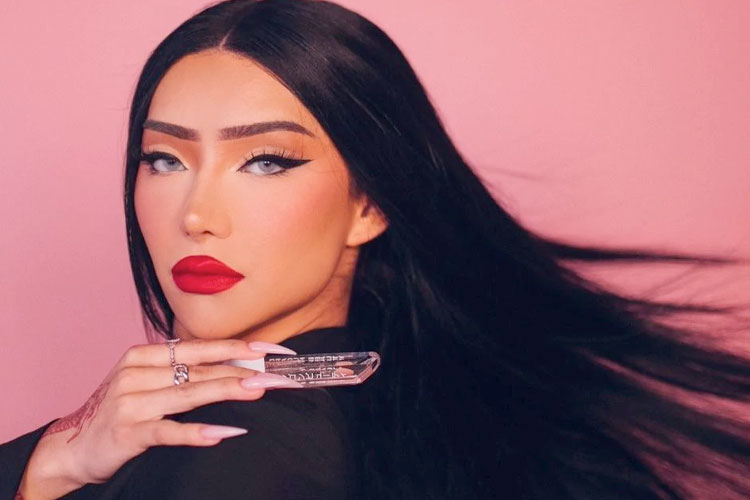 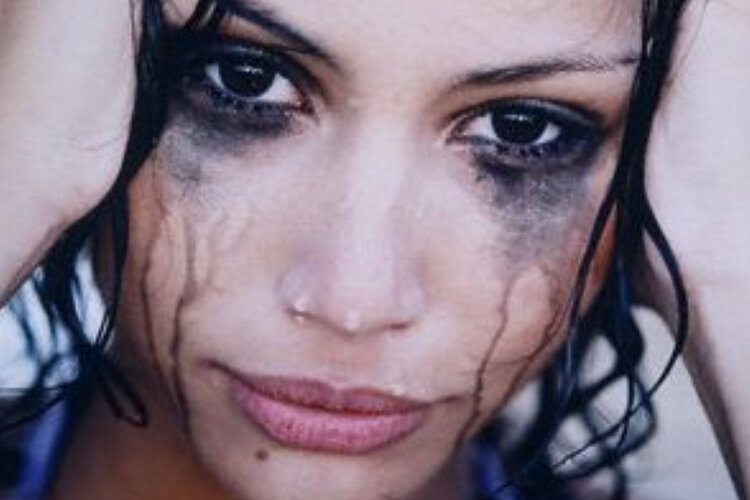 5 Things We Learned From Vogue Business and Shopify Sustainability Forum: The Cleaning up Beauty Panel 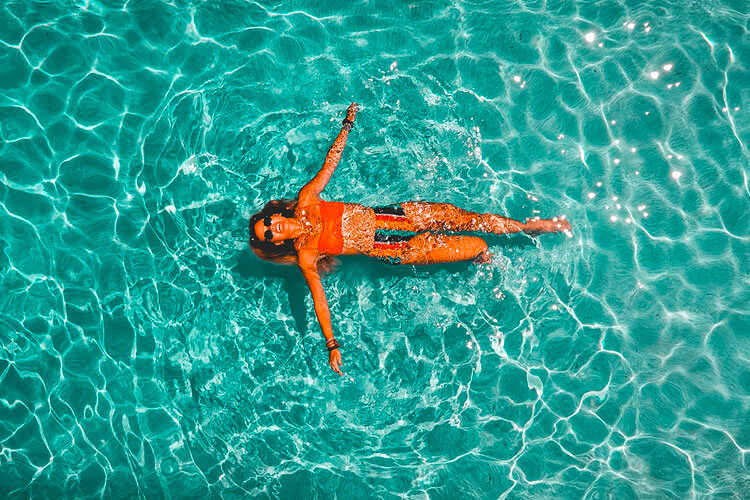 I Tried Five Natural Sunscreens and Found A Favorite (but reviewed all of them for you!) 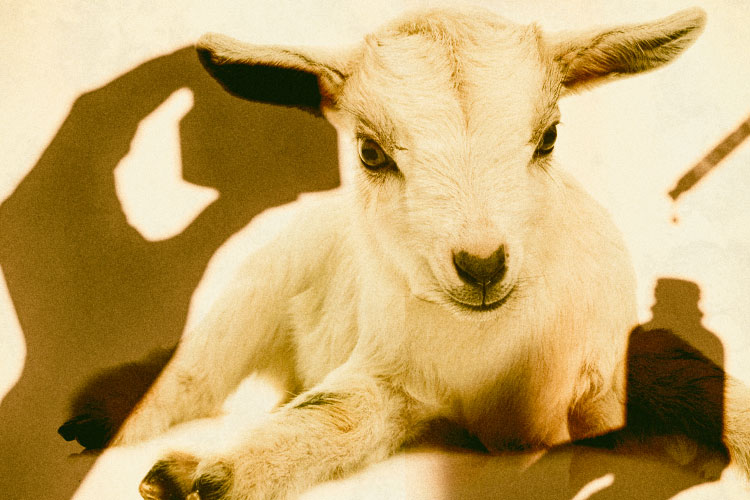 Are Animals Used In Your Beauty Products?