FRUiTS Magazine was first conceived of by fashion photographer Shoichi Aoki in 1997. One of the first publications to earnestly show what young people were capable of wearing, it immediately became a one-of-a-kind space to showcase style and the wearer’s unique perspectives on Harajuku fashion.

According to Aoki, the name FRUiTS was very intentional, as it reflected the styles and attitudes found in Harajuku at the time. There was a distinct innocence and freshness present in youth fashion then, emulating the refreshing sweetness of biting into ripe fruit. It was before the internet became muddled with endless trends and the need to base one’s style off others online. The youth had the freedom to dress how they wanted, without being tied to the endless barrage of outfits Instagram and Pinterest now hold. They dressed for themselves, offering new and wholly individual ideas.

Ultimately, FRUiTS Magazine told the story of the Harajuku district, specifically the undulating nature of its styles, and how it transformed directly under the toes of young people in the ‘90s. It is known to be a style most influenced by the community it inhabits, evolving from shared ideas. Photographing in the streets of Tokyo, Aoki snapped pictures of its most stylish locals in Decora, Lolita, and other subsets of Harajuku.

Vivienne Westwood is cited as bringing Harajuku to the epicenter of street fashion in the late ‘80s. Her influence led to a creative frenzy of chaos and ideas within the fashion world that is still present in today’s generations. Harajuku is known to exude eccentricity and a certain type of kitsch-ness that was colorful, bizarre, and unable to be replicated.

“As the droves of tourists that once engulfed Harajuku have ceased, [it has] allowed the kids to find their style voices. Harajuku can breathe again” – Chris Tordoff for The Face Magazine.

The print form of FRUiTS allowed the photography to tell the story on its own. As the internet grew more dominant, the magic allure and relevance print magazines once held rapidly shrank and FRUiTS could no longer hold on to its footing in this new landscape. Paired with the reality that there were “no more cool kids to photograph” (as famously said by Aoki), the magazine ceased publication in 2017.

However, FRUiTS devotees (and there are many) didn’t have to completely give up their fashion bible, when in 2019 Chris Tordoff (a Manga editor and FRUiTS-superfan) founded the FRUiTS Magazine Archive with help from Aoki himself. The account has garnered much success – so much so that Aoki has considered a relaunch of FRUiTS in a more digital landscape. In an interview with nss Magazine, Aoki said they “are currently hard at work in creating a media presence that will both effectively tell the story of contemporary Harajuku, while retaining the same attitude that made FRUiTS such a success in the 90’s”.

It is increasingly hard to find styles that have not been done to death these days, which is why fashion-lovers feel so pulled towards FRUiTS at present. The arresting images evoke the zeitgeist of their time, providing endless inspiration for the daring and bold who care to experiment with a taste of Harajuku and ‘90s Japan.

The youthful brightness and authenticity of FRUiTS is thought to be the inspiration behind Marc Jacobs’ uber-successful direct-to-consumer line, Heaven – launched in 2020. Focusing in nostalgia and the enigmatic universe of the early 2000s, Heaven is described as a teenage dream. The magic of Heaven and FRUiTS comes in its encouragement of escapism that provides an exclusive window into a time of fantasy and imagination.

The authentic, maximalist clothing we see in the magazine archives encapsulates the joy and freedom of being young. Oftentimes weird and niche, it is compelling because it is outside the box and specific to the individual. These are the qualities that made FRUiTS Magazine so attractive and groundbreaking at the time, and will only continue to pull young people to its glossy pages.

To round off this celebration of FRUiTS, NKM has compiled 10 of our favorite looks from the archival Instagram below! 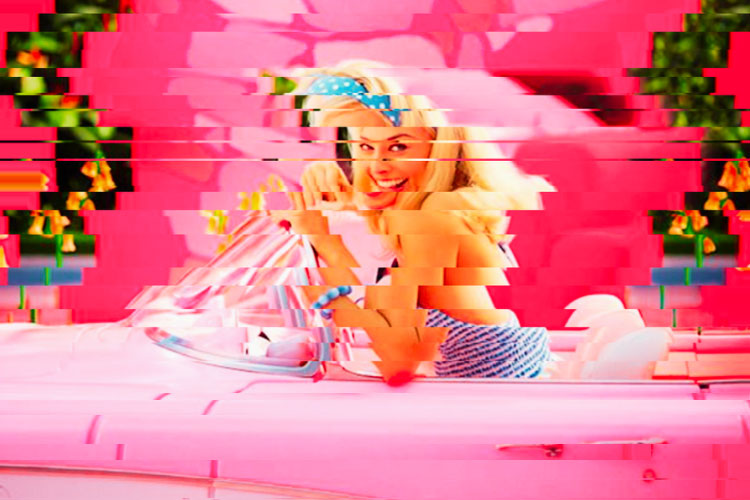 It’s a Barbieworld This Summer